Our involvement with making images for wall decor for recent issues of Imagemaker led to a number of conclusions but one stood out more than other - nothing trumps having lots of pixels. Accordingly we have since purchased a GigaPan Epic Pro for our own use (purchased as in 'handed over cash', not a journalistic euphemism!). It is a few years since we first tested a GigaPan and so it is timely to take another look. This review is somewhat about face to other reviews in that we have purchased the kit first, the reverse of the more normal sequence of events!

The original GigaPan prototype and related software were devised by a team led by Randy Sargent, a senior systems scientist at Carnegie Mellon West and the NASA Ames Research Centre in Moffett Field, California, and Illah Nourbakhsh, an associate professor of robotics at Carnegie Mellon in Pittsburgh. The GigaPan EPIC series of panoramic photography equipment is based on the same technology employed by the Mars Rovers, Spirit and Opportunity, to capture the incredible images of the red planet. (see http://www.gigapan.com/galleries/10327/gigapans/129486) 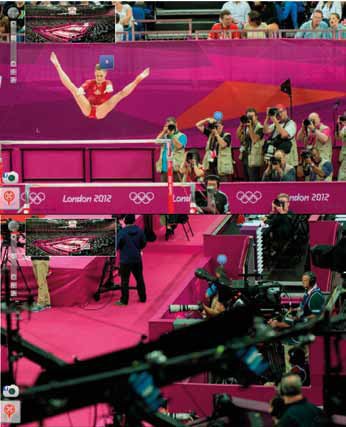 GigaPan was formed in 2008 as a commercial spin-off of a successful research collaboration between a team of researchers at NASA and Carnegie Mellon University. The company's mission is to bring this powerful, high-resolution imaging capability to a broad audience.

This they have certainly done as the endlessly fascinating GigaPan website brings new pans to the public on an almost daily basis. To date, important events covered by GigaPans have included Obama's inauguration and more recently the London Olympics. Indeed our own Ian Cook features twice in the pan made of the gymnastics, once at either end of the hall as he followed the GB team around their rotations.


There are 43 days to get ready for The Societies of Photographers Convention and Trade Show at The Novotel London West, Hammersmith ...
which starts on Wednesday 15th March 2023